Before Christmas I bought a package of multi-colored  Sculpey oven bake modeling clay with the intention of making some of those cute little  animal ornaments you see at craft shows. Unfortunately, the box never got opened and the cute ornaments I meant to make were ultimately bought online. In the gift shop where I work they sell a necklace called a “Thumbie” that carries a 3D thumb imprint. I thought this was really a nifty idea. Cleaning off my desk the other night, I found the box of  clay I forgot I had bought and came up with an idea for making my own  “Thumblet” (Thumbie is a registered trademark) necklace for my daughter-in-law’s birthday. 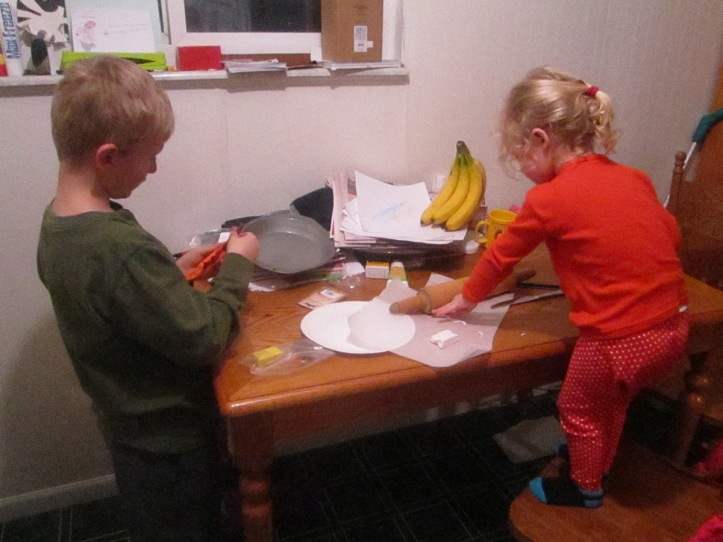 When my son asked if I could watch the kids while he took his wife out to dinner, I knew this would be the perfect opportunity for the kids to make the Thumblet necklace for their mom. I bought two inexpensive rectangle charm frames at the craft store and packed everything I would need and took it with me to my son’s house. The clay is relatively easy to use and the kids found it a lot of fun. After I kneaded the clay and it was soft, we rolled the pieces out and each one of the kids put their thumbprint on the clay. We made impressions in two different colors because I wanted white and my grandson wanted orange which he said was his momma’s favorite color. I cut the impressions to fit the charms and baked them in on parchment paper in a pan in a 275 degree oven for 15 minutes. 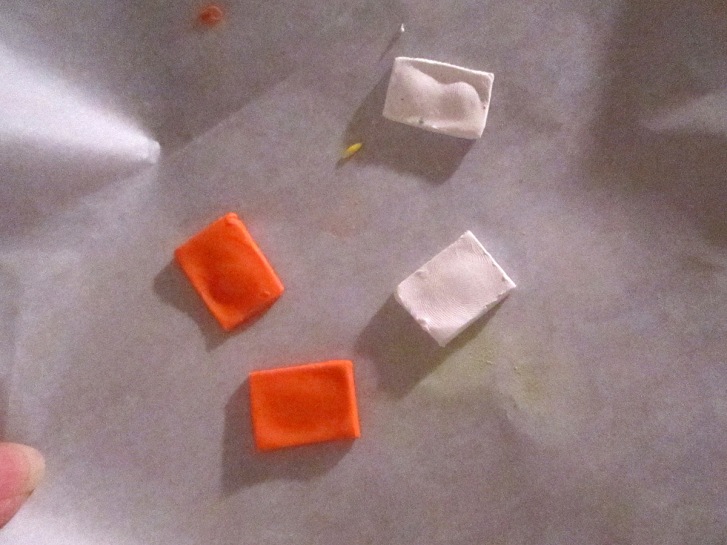 The impressions are somewhat hard to see,  but the close-up looks like this. 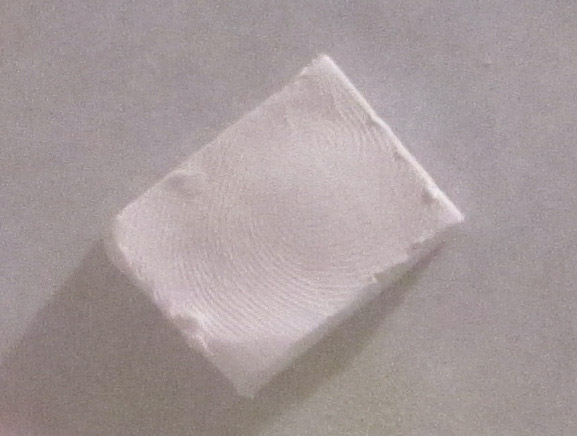 In order to accentuate the impression, after the impression was baked, I used shoe polish to darken the ridges (any kind of stamping ink will work also). I just wiped it on with my finger and wiped the excess off with a soft cloth. It turns out my grandson was right about the color. The orange clay turned out to be the best of the two choices. After I darkened the impression, it looked almost like terracotta.  I glued each one into a charm; added another “love” charm that I had, and we turned about a pretty cool necklace for mom.