I’m sure that sounds a little intriguing. But it’s less about the Mystery Woman and more about asking about Charles, my dad. That might sound funny that I would need to ask about Charles. After all, he was my father and don’t you know a lot about the man who was “daddy”?  Well, not always, but I guess I knew what was important; that he was “old school”, no working wife for him. He wasn’t “hands-on” the way fathers are these days, but we knew he loved us and worked hard to provide us with a good life.

Back in the mid 1970s, after dad had been gone for a couple of years, one of my cousins was getting married. What made her wedding stand out from those of my other cousins was that she was marrying a divorced man. This was a first for our family….or so I thought. One evening we were finishing dinner and for some reason talk turned to the upcoming marriage of my cousin and the unorthodox (at least at time) marriage to a divorced man. Mom surprised us by saying “I think there’s something I need to tell you guys before someone else does. Your dad was married before he married me.” I remember my complete shock and then, grief. The thought that there had once been another Mrs. Charles Shoults and, what if, what if, there were other kids??? What if I had other brothers and sisters out there?? What if there were other children grieving as I was for the loss of my dad?? I didn’t want to share my dad, or my grief, with other kids I didn’t even know.  I remember getting up from the dinner table and running to my bedroom, crying. I don’t remember if my mom came to my room or if I finally returned to the kitchen, but at some point, she told me the marriage had only been for a short time and they had had no children. It was never discussed again.

I don’t think I thought about that again until I started digging into dad’s family. It was only a little niggling thing in the back of my mind and I finally remembered to ask Aunt Mable about this Mystery Woman. Mable didn’t remember her name, but she said that when they had been married, Dad and Mystery Woman and  Mystery Woman’s son, occupied the lower half of a duplex in St. Louis and Mable and Edgar lived on the top half. Dad and Edgar were best friends and would often spend time together. Mystery Woman was very jealous and objected to dad spending time with Edgar and really didn’t want him doing anything other than spending time with her. Mable said the marriage only lasted a year or so.

Still, several years went by and knowing that Mable and Edgar had lived in St. Louis, I did check historic marriage records in the city, but found nothing. Just by chance one day while in the library in St. Charles, I happened to notice that their records contained microfilm records of St. Louis County marriage records. I decided to try those records and much to my amazement, I found him. On March 22, 1948, Charles Edward Shoults married Mrs. Ruth Gail Latham. There it was in black and white. Finally Mystery Woman had a name. I’ve never been able to find any additional information about her or any divorce record, but it had to have been 1950 or 1951 as dad and mom married in April 1952. 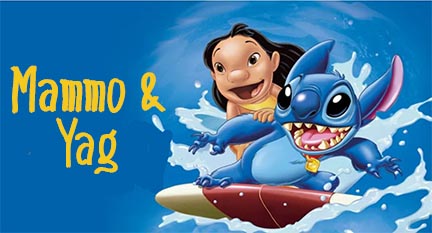