On this Monday, we’re ending our second week of my husband being limited to getting around strictly on crutches or with his walker. It depends on what he is doing as to whether he uses one or the other. When he first started using the crutches, he was wobbly and very leary and probably for good reason. Coming home from the hospital he almost fell trying to go up the one step from the garage into the house. That would have been a disaster. 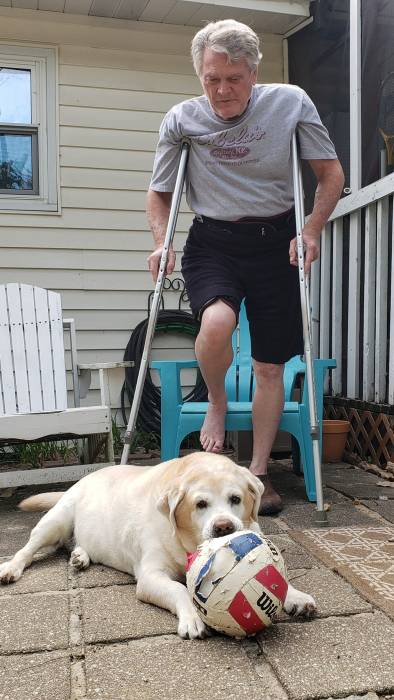 I remember “back in the day” when I broke my ankle and the doctor knew I was going home on crutches, I was given a little instruction on how to use them. But not in today’s world of drive-by surgery. It wasn’t until a friend of his who’s had a gazillion knee surgeries told him how he was supposed to use them that he became a little more confident. At first he had a really hard time remembering to lead with his good foot and until he learned to do this, I don’t think he wasn’t sure if he was going to end up on his rear. I mostly held my breath when he was up, walking behind him, but knowing if he fell, I’d be going right along with him. Now after a week of using the crutches almost exclusively, he’s doing pretty well. He’s even started to use the waistband on his hip brace and calls it his “pouch” where he stuffs his reading glasses, cell phone and maybe a tissue or two.  He said he was trying to figure out how to put his tea glass in there, but so far, hadn’t been successful. I did remind him that I had several of my grandson’s sippy cups he could use. Lol.

We’ve ventured out of the house a couple times to eat, but other than that, he’s stayed home. Notice I said “he” because I have actually been able to get out of the house a bit. I did tell him that if he got up and was moving around to be sure and have his phone, just in case. I’d hate to come home to the scenario of “help, I’ve fallen and can’t get up.”

So, consequently, my solo Monday with Morie. A woman I used to work for volunteers for a cat rescue organization, Heartland Humane Rescue. About six weeks ago, a female cat she was fostering had a litter of seven kittens. Since the momma cat was very young, the kittens were very small and the poor momma cat was in labor for over 24 hours before all the kittens were born. A couple weeks ago, she began posting pictures of the kittens as they were growing and I fell in love. God certainly knew what he was doing when he made babies of all types so cute. Can you imagine if babies were ugly where we would be now?

We lost our Gizmo in May (or was it April? all these last months seem to have run together) and in July we “babysat” my son’s two cats while he and his girlfriend were on vacation. His one cat I dubbed “The Boy Beneath the Bed” because until the last morning we were home, he didn’t venture upstairs. Whenever I went to the basement to feed him, he ran beneath the bed and stayed there. His other cat I nicknamed “Shitty Kitty” because she was into everything. But, she would come and curl up in my lap, something I’d really missed because Gizmo never was much of a cuddler.

The most cuddling we ever got from him was at bedtime. He’d get up on the bed and let us (mostly my husband) rub his tummy for about ten minutes and then he was done and gone.

I’ve been talking about getting a kitten but then sort of on the spur of the moment, decided I was going to adopt two kittens. I really felt like a small little kitten would need a companion his/her own size. I went to see the kittens with all intentions of applying to adopt two of them, but as I pulled up in front of the house, I realized instead of adopting two kittens, I wanted the momma and one of her babies. 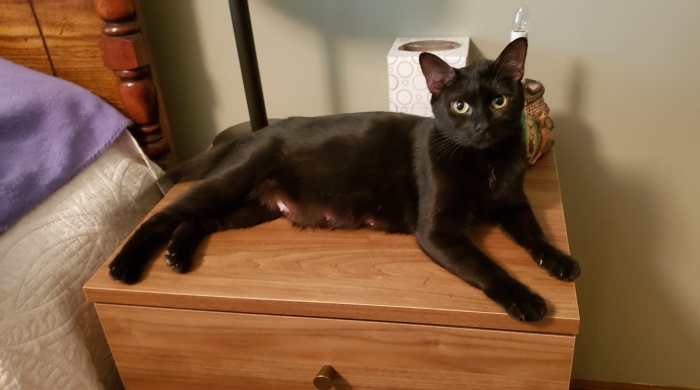 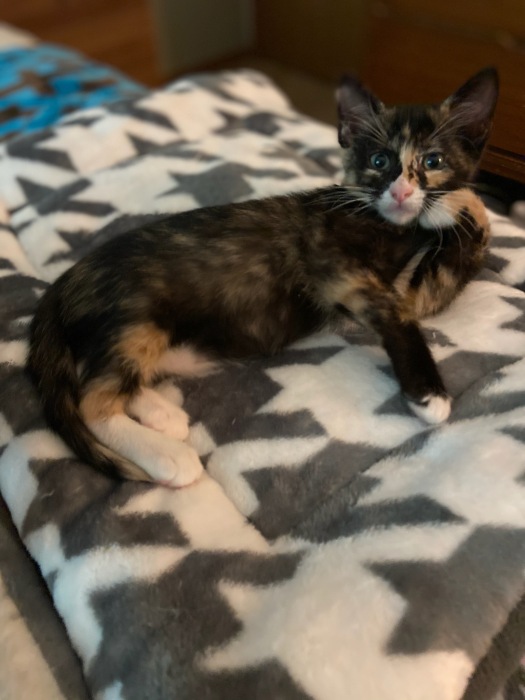 When I told the foster mom that I wanted the momma cat, she was delighted. It’s always more difficult to adopt out an adult cat, even though this momma cat was very young.

So I’ve applied to adopt Onyx, who is the momma cat and her baby, Olivia, a calico and black kitten. Now I just have to wait until my application is approved and for my new fur babies to be finally cleared for adoption. I’m so excited! 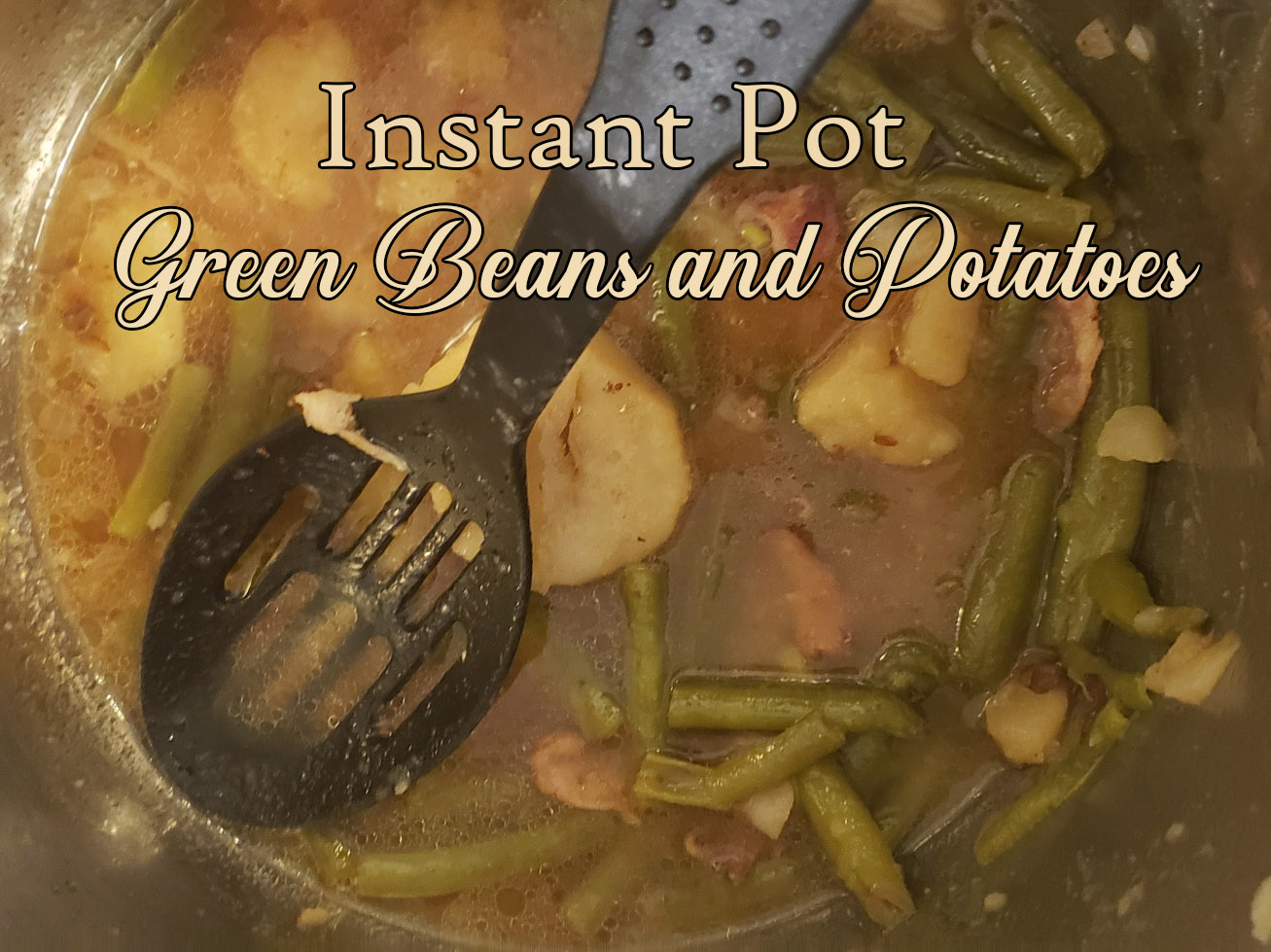 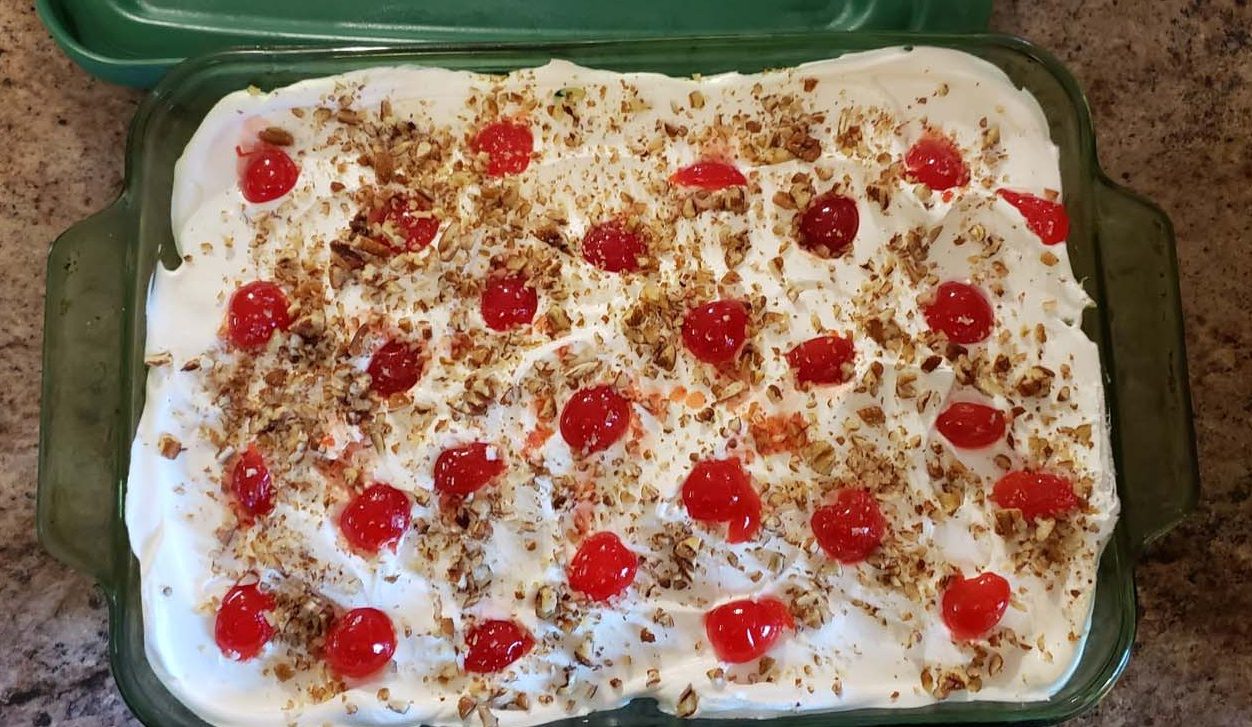 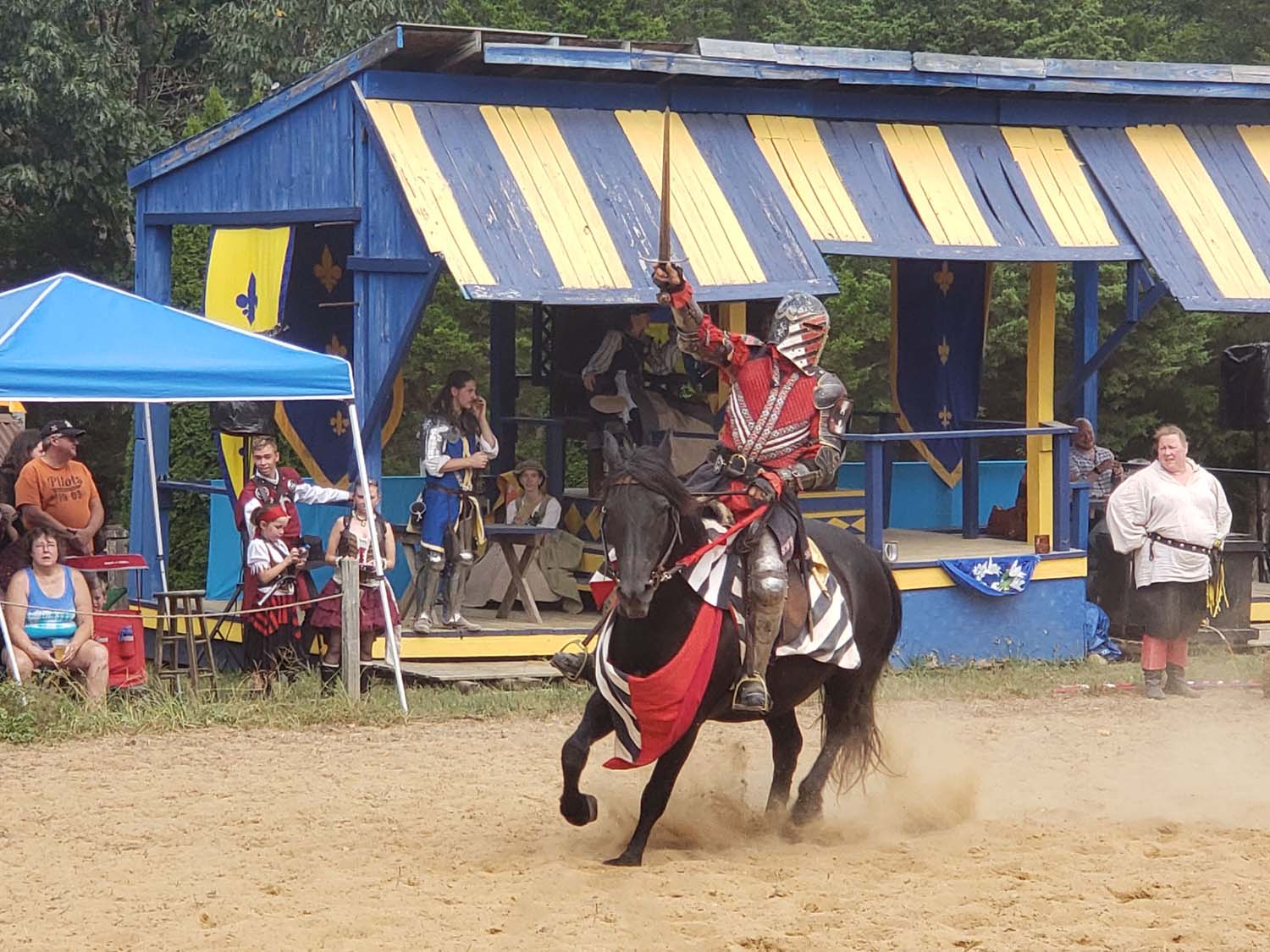